PELAPCOLARECORDS
Search
'We are Writers, Producers, Arrangers, Musicians and We Produce Records!'​

PelaPcola Record Company is a privately held company headquartered in Pensacola, Florida.  It has a fluid organizational and management structure, headed by co-founders, Ambus J. Harvey and Eric Denis Robinson.  Both are celebrated writers and products of the Motown Era and are advocates of good music.  They decided to combine their talents and form PelaPcola Records, a company dedicated to the preservation and distribution of positive music that inspired and celebrated music as an art form.

Both Ambus and Eric grew up and worked in the music industry when Soul Music was a dominant part of the music scene.  Soul Music originated in the African American community in the United States in the 1950s and early 1960s. It combines elements of African-American gospel music, rhythm and blues and jazz. Soul music became popular for dancing and listening in the United States, where record labels such as Motown, Atlantic and Stax were influential during the Civil Rights Movement. Soul also became popular around the world, directly influencing rock music and the music of Africa.

According to the Rock and Roll Hall of Fame, soul is "music that arose out of the black experience in America through the transmutation of gospel and rhythm & blues into a form of funky, secular testifying". Catchy rhythms, stressed by handclaps and extemporaneous body moves, are an important feature of soul music. Other characteristics are a call and response between the lead vocalist and the chorus and an especially tense vocal sound. The style also occasionally uses improvisational additions, twirls and auxiliary sounds.  Soul music reflected the African-American identity and it stressed the importance of an African-American culture. The new-found African-American consciousness led to new styles of music, which boasted pride in being black.

Soul music dominated the U.S. R&B chart in the 1960s, and many recordings crossed over into the pop charts in the U.S., Britain and elsewhere. By 1968, the soul music genre had begun to splinter. Some soul artists developed funk music, while other singers and groups developed slicker, more sophisticated, and in some cases more politically conscious varieties.  By the early 1970s, soul music had been influenced by psychedelic rock and other genres, leading to psychedelic soul. The United States saw the development of neo soul around 1994. There are also several other subgenres and offshoots of soul music.
​
The key subgenres of soul include the Detroit (Motown) style, a rhythmic music influenced by gospel; deep soul and southern soul, driving, energetic soul styles combining R&B with southern gospel music sounds; Memphis soul, a shimmering, sultry style; New Orleans soul, which came out of the rhythm and blues style; Chicago soul, a lighter gospel-influenced sound; Philadelphia soul, a lush orchestral sound with doo-wop-inspired vocals; psychedelic soul, a blend of psychedelic rock and soul music; as well as categories such as blue-eyed soul, which is soul music performed by white artists; British soul; and Northern soul, rare soul music played by DJs at nightclubs in Northern England. 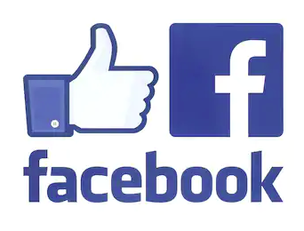